I have really fallen in love with Google Books Ngram Viewer, so I thought I’d do a little ``culturomics" myself. Here’s an image I made using Google’s data:

The dark, diagonal edge along the right hand side appears because in year there are many published appearances of numbers near . 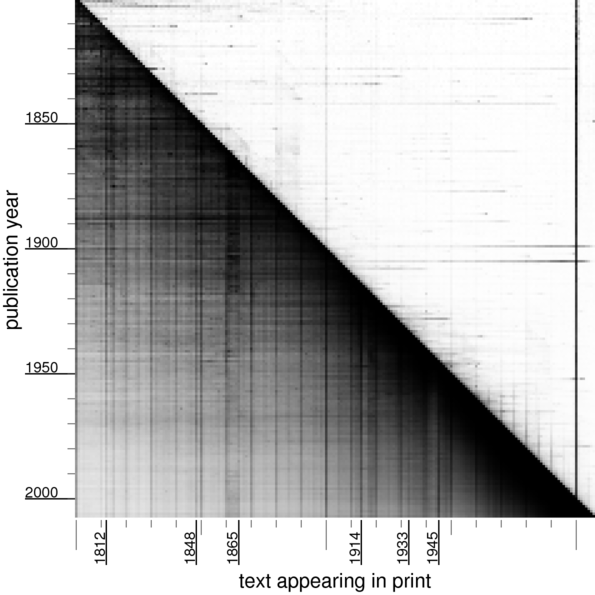 World events have left their mark on the numbers appearing in books! For example, 1914 is still being talked about long after 1914, as evidenced by the darker line above 1914.

If we look at numbers just above 1000 and turn up the contrast a bit, 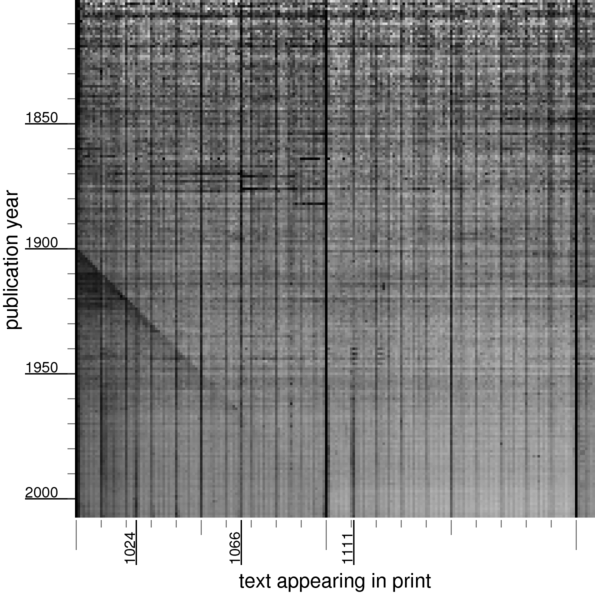 we see an echo of the dark diagonal, from people writing (or more likely, the OCR software reading) zero instead of nine in the year. There’s a dark column for the Norman conquest in 1066; a number like was not so important until the 20th century. 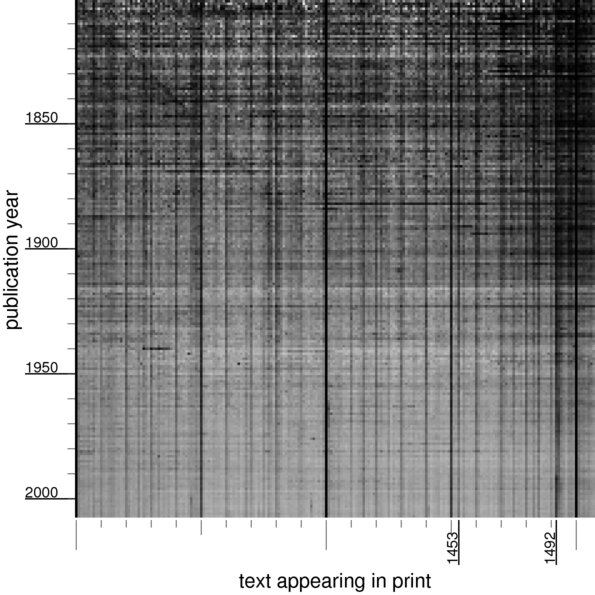 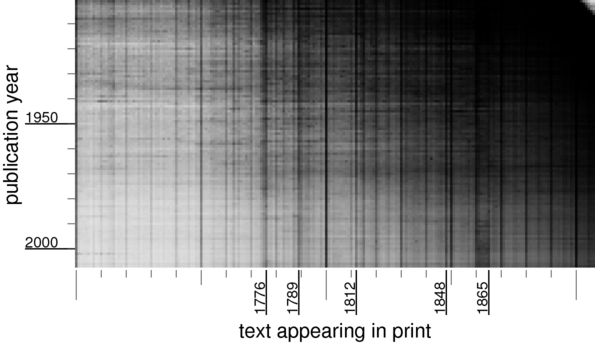 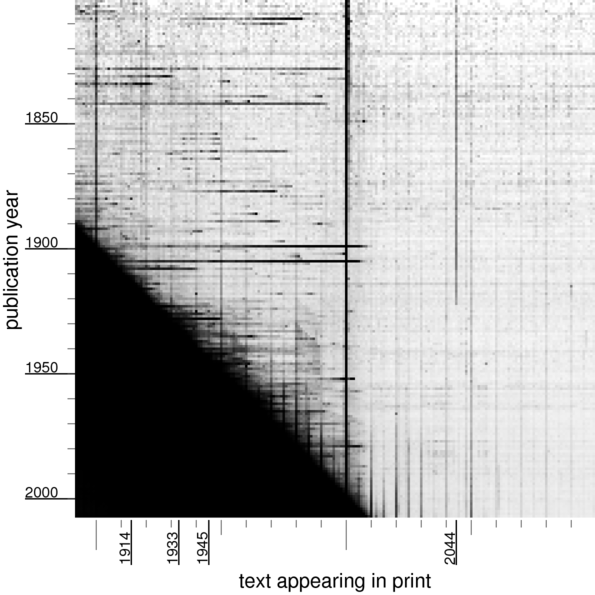 I’d love to know the answer to this question. The only thing I can guess that might relate the year 1919 to the year 2044 is solar eclipses.